I am proud to lead a global organization with 8 offices and over 170 industry leaders. As our industry continues its transformation from analog workflows and processes to a digital and automated one, I can confidently say that our team continues to play a major role with influencing and supporting this change. Through our diverse team of architects, engineers, technologists, and construction managers, we continue to be laser focused in our passion and desire to create value for our clients. Our people are our strongest asset and we look forward to transforming this industry together with our clients and academic partners. 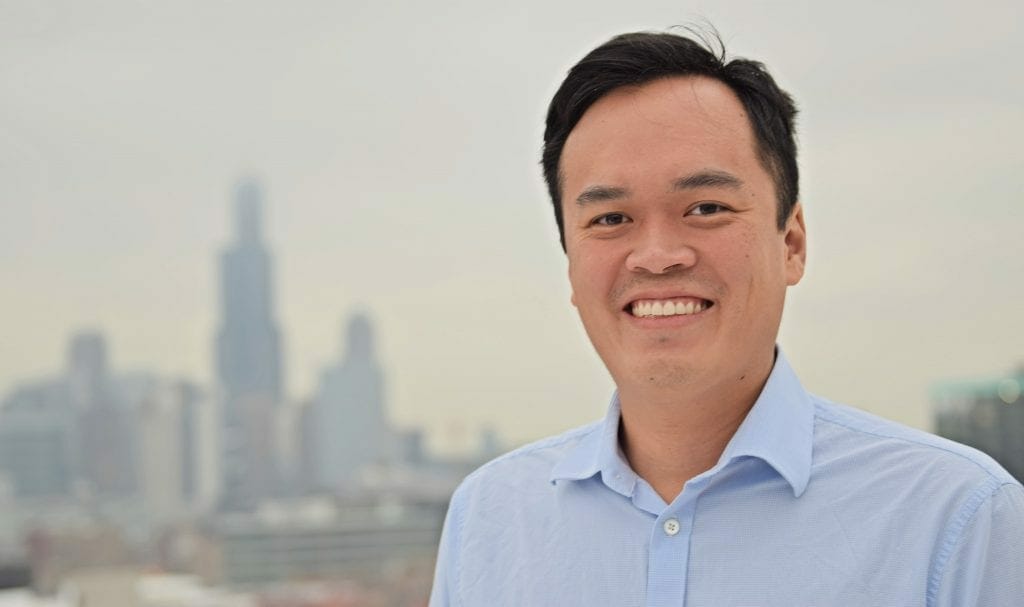 VIATechnik is currently at the forefront of transforming the analog building environment into a digital platform. I’m proud of our team and excited by the change we are creating with our clients. We are certainly at an inflection point where a narrow opportunity to leap frog wide swaths of the industry exists – and we are confident that our team and clients are forging the path to leading the future of the industry. Gregg Young formerly served as the Chief Investment Officer of Karney Properties. Gregg Young began his real estate career in 1979 as a principal partner in the Dallas office of Trammell Crow Company. In 1994, he co-founded and served as chief executive officer of a privately-held Dallas-based investment and asset management firm overseeing a three million square foot portfolio. Gregg Young earned a bachelor’s degree magna cum laude with an emphasis in urban economics from Dartmouth College and an M.B.A. degree from the Stanford Graduate School of Business. He is a life-time member of the Stanford Professionals in Real Estate alumni association. Martin Fischer is a Professor of Civil and Environmental Engineering at Stanford University. He also serves as the Director of the Center for Integrated Facility Engineering. CIFE is the world-leading academic research center on virtual design and construction. Dr Fischer is known globally for his leadership in developing virtual 4D modelling methods to improve project planning, enhance facility life-cycle performance, increase the productivity of project teams, and further the sustainability of the built environment. Cesar Buenaventura is the current Vice-Chairman of DMCI Holdings, Inc., and Chairman of Mitsubishi Power Philippines, former Chairman of AG&P, and former CEO of the Shell Group of Companies. He was designated Honorary Officer of the Order of the British Empire by her Majesty Queen Elizabeth II. He completed his Master’s Degree in Civil engineering with a major in Structures from Lehigh University in Bethlehem, Pennsylvania as a Fulbright Scholar. Sandra Benson is an AEC industry and technology leader.  She is currently the Head of World Wide Business Development for the Engineering, Construction and Real Estate industries at Amazon Web Services. Sandra joins AWS from Hexagon PPM (Intergraph), the world’s leading provider of enterprise engineering software, where  she led the Construction practice and worked with some of the world’s largest construction companies.  Sandra has over 20 years in the E&C industry holding a number of executive positions  including the role of CIO at SNC-Lavalin and the Global Industry Director of E&C for Oracle where she was instrumental in Oracle’s acquisition of Primavera. Sandra has been a featured speaker and author at many industry events. The opportunity for innovation, industry leadership, and creativity is what drew me to this company years ago. Since then, we’ve grown tremendously. These principles are still what drive my work and passion for this industry. Collaborating with our clients every day to help solve their unique business problems and improve AEC practices is a thrill. “I’m excited to help organizations transform the analog world of design and construction into a digital platform by leveraging our team’s BIM expertise and in-house software team, Cirrus Studio.” “At VIATechnik, we focus on partnerships with our clients and strive to help clients innovate, grow, and become more successful.” At VIATechnik, we put ourselves in our clients’ shoes and do what it takes to lead the industry.  At Cirrus Studio, my work focuses on innovative computational solutions including software packages, machine learning applications, and optimization algorithms. With this effort, we believe that VIATechnik will lead in creating meaningful impact in the AEC industry and transform it into a more efficient and technologically advanced industry. At VIATechnik, we dedicate ourselves to bringing innovation to construction industry and thrive to work with clients to find the best solution to solve their problems. People, Technology and Process are our secret sauce for success. The daily work is like opening a box of chocolate, you never know what kind of challenges you will have and how far it will help push the industry forward. At VIATechnik we are working to positively impact the AECO industry. We work to streamline and integrate processes by utilizing collaborative, digital environments and breaking down industry silos so that design, construction, and operations occur in a smart, efficient, and meaningful way. Innovation and creative problem solving is the spirit and backbone of VIATechnik and is reflective of the team that makes up the company. The passionate leaders and creative thinkers of the company make VIATechnik a place where growth is continual and experiences are unique on a day to day basis. In such a dynamic environment, opportunities for learning and making a positive impact in the construction industry is continually on the table. I am extremely excited to be a part of a team that is a leader in innovation within the construction industry. At VIATechnik, we value strong relationships that we’ve built with our design, engineering, and construction clients and partners. We strive to engage the best people and implement cutting-edge technology to help our clients meet their project goals. I am excited for what the future holds and the new challenges ahead! We love to think about how we can do this thing differently to drive more value. Technology and Innovation is a force multiplier, not a cost center. It can make everyone’s jobs better. Helping clients rethink their legacy processes to expand profitability and broaden growth is the fun part! “Here at VIATechnik, we focus on critical project issues that are not easily captured during the early stage of planning and design, enabling us to deliver high-quality results.“ “What I enjoy most about working at VIATechnik is that I have so many opportunities to learn different things and work on a variety of projects without feeling like I’m spreading myself too thin.”

Our mission is to transform the analog world of design and construction into a digital platform, enabling efficient design, industrialized construction, and a digital real estate service model. Through this transformation, we believe we can solve the world’s housing and infrastructure challenges, deliver spaces that nurture life, commerce, and relationships.